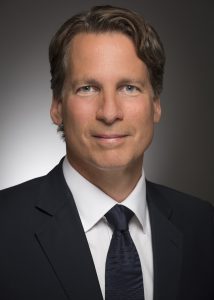 Pfeiffer is a pioneer of local-language film and television content production, distribution and TV channels. He has launched and built businesses worth billions of dollars.

As Chief Executive Officer of Dragongate Entertainment, a feature film production and financing company launched in 2012 with backing from Lionsgate, Pfeiffer produces feature films in English and Asian languages and raises corporate financing as well as film financing.

From 1992-2001, William Pfeiffer was Sony Pictures’ most senior executive in Asia and was Managing Director, Asia, of Sony Pictures’ Columbia TriStar International Television and also Executive Vice President of Corporate Development for Sony Pictures.  He initiated the launch into Asian-language feature film production that produced multiple award-winning films such as Crouching Tiger Hidden Dragon and Lagaan that achieved new heights in local-language production. Pfeiffer also spearheaded the launch of the production and distribution of over 3000 hours per year of local-language television programming in multiple languages in Asia, including Chinese, Hindi, Japanese, Korean, and Bahasa. He was founder and Chairman of the first local-language production joint venture between a Hollywood studio and a Chinese production company. He also was responsible for launching 20 television channels across the region under 8 brands, including AXN, Animax, and Sony Entertainment TV, a leading Indian- language group of TV channels.

Prior to his appointment to Sony, Pfeiffer was The Walt Disney Studios’ most senior executive in Asia and was President of Japan and Managing Director of Asia for The Walt Disney Company’s home entertainment business and established its television production business in the region.

Pfeiffer has lived in Asia for thirty-three years. He studied at the University of Notre Dame and Sophia University (in Tokyo) as an undergraduate and at Stanford University’s Graduate School of Business. He is a board member of several global organizations, including the Women’s Tennis Association, Avex International, and BAFTA (Asia).