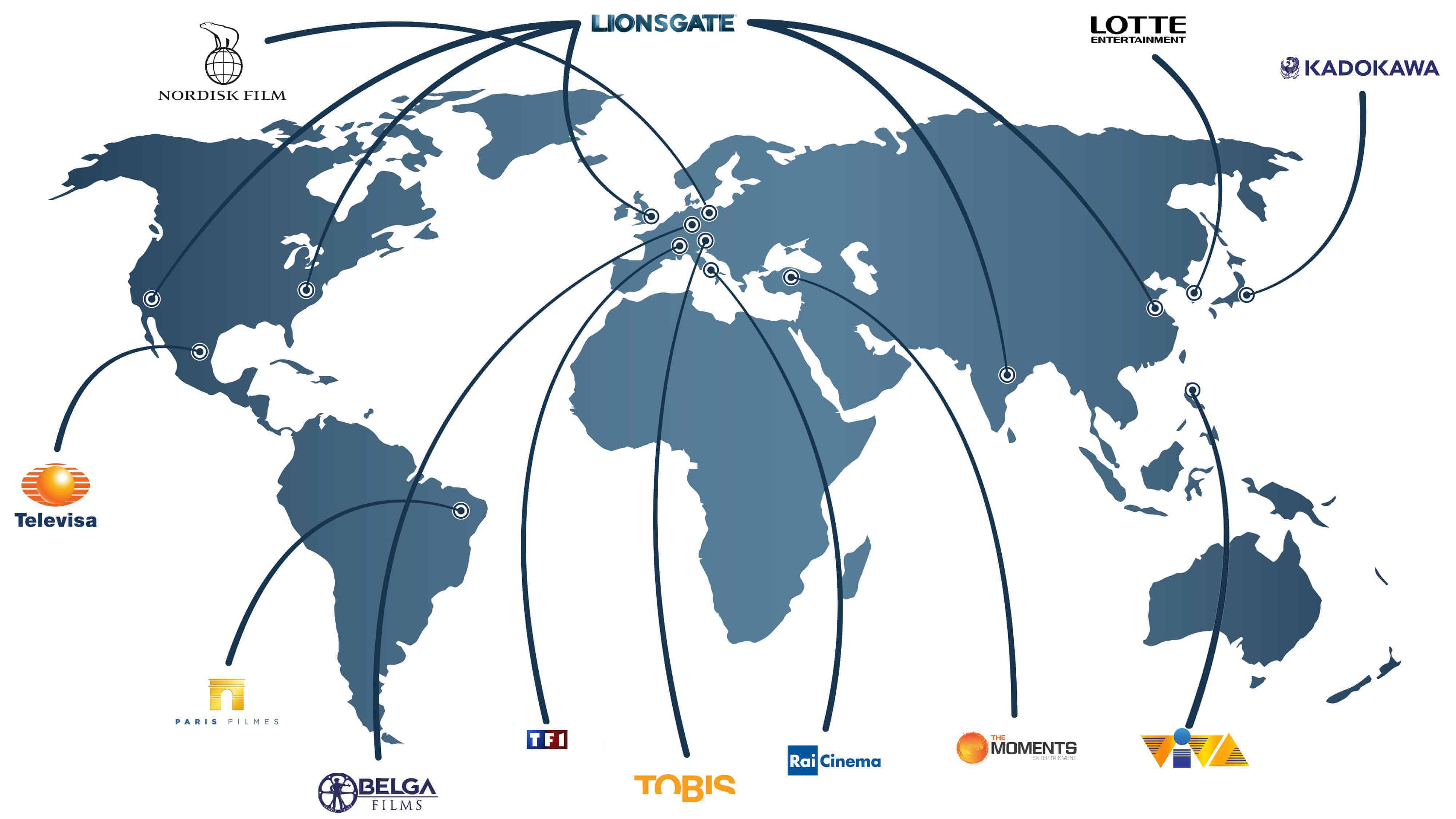 Televisa is a Mexican multimedia company and the largest in Latin America and the Spanish-speaking world.

Tobis is one of the oldest and most active German film distributors and one of the leading independent movie distributors for cinemas and home-entertainment in the German-speaking region.

Nordisk is the largest film and television company in Scandinavia, and one of the oldest continuously operating film companies in the world and has a film output agreement with Lionsgate.

TME Films is a leading Turkish film production and distribution company with film output agreements with both Lionsgate and 21st Century Fox.

Founded in 1935, TF1 is one of Europe’s leading media groups, has a 24% market share in France, and is one of the oldest television companies in the world.

Belga Films, founded in 1937, is a leading independent film distributor in Belgium, Netherlands, and Luxembourg with film output agreement with Lionsgate.

Paris Filmes is a leading film production and distribution company in Brazil with output agreements with Lionsgate, and nearly 80% market share.

Cine Colombia is a leading film production, distribution and exhibition company in Colombia with nearly 50% market share in the latter two areas.

Rai Cinema, the film company of the Rai Group, Italy’s oldest and largest national broadcaster, was established in 2000 with the specific purpose of strengthening the Italian cinematographic industry. Rai Cinema’s 01 distribution arm is Italy’s leading film distributor and is a key driver of Italy’s legendary film industry.

Viva is a powerful local-language film and TV producer/distributor that also owns TV channels in the Philippines, including Viva Cinema, and a large music business. Joined Globalgate in 2019.